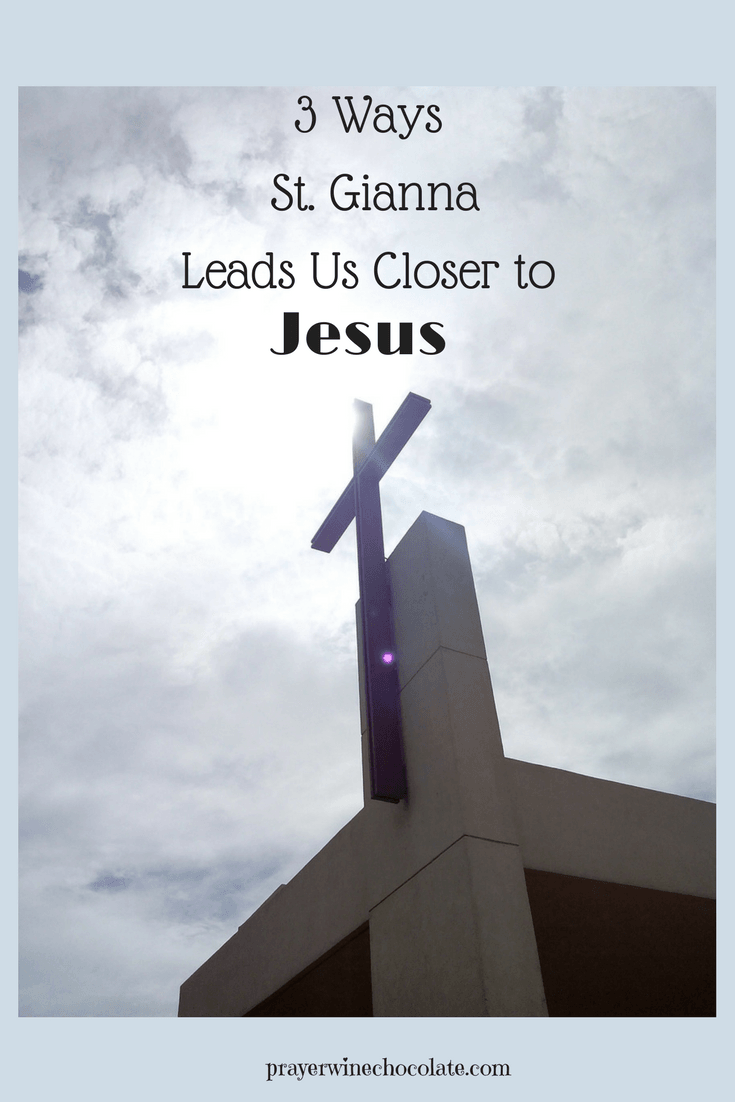 This post contains affiliate links.  See more details on my About Me page.

Recently during a visit, I noticed something on the floor of my parent’s house.

I picked it up and saw that it was a pair of Saint Gianna holy cards folded in half.

My son said, “Oh, those are mine”.  He quickly took them and placed them in his coat pocket as he passed by me . . . not sure when he finally stopped.

I couldn’t help but wonder why those holy cards were in his pocket, but, it brought back a vivid memory.

Without sharing to much of our son’s story, I can tell you a St. Gianna holy card spent at least 6 weeks attached to his hospital bed as a newborn.

When he was about 4 years old I heard from a nurse that took care of him in that NICU that her and some other nurses “didn’t think he would make it”.

Thank God I didn’t hear that then.  I knew he was sick, I knew he needed prayers.

I knew St. Gianna was a doctor and a mother.  I had holy cards that had touched her gloves.  I taped one behind his hospital bed name sign.

I asked everyone to pray, and I fell in love with the most wonderful baby boy in the whole world. 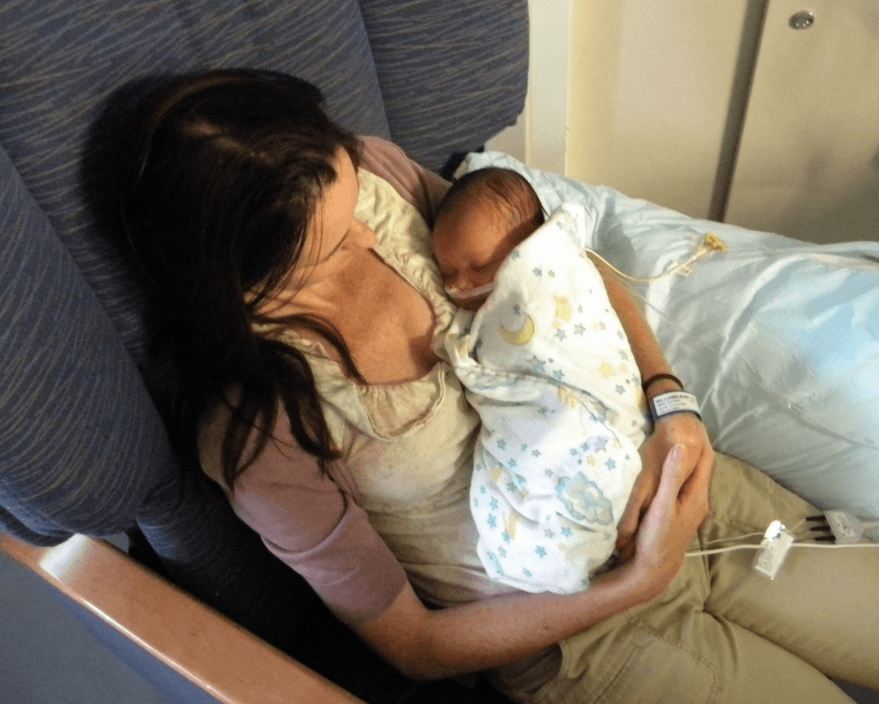 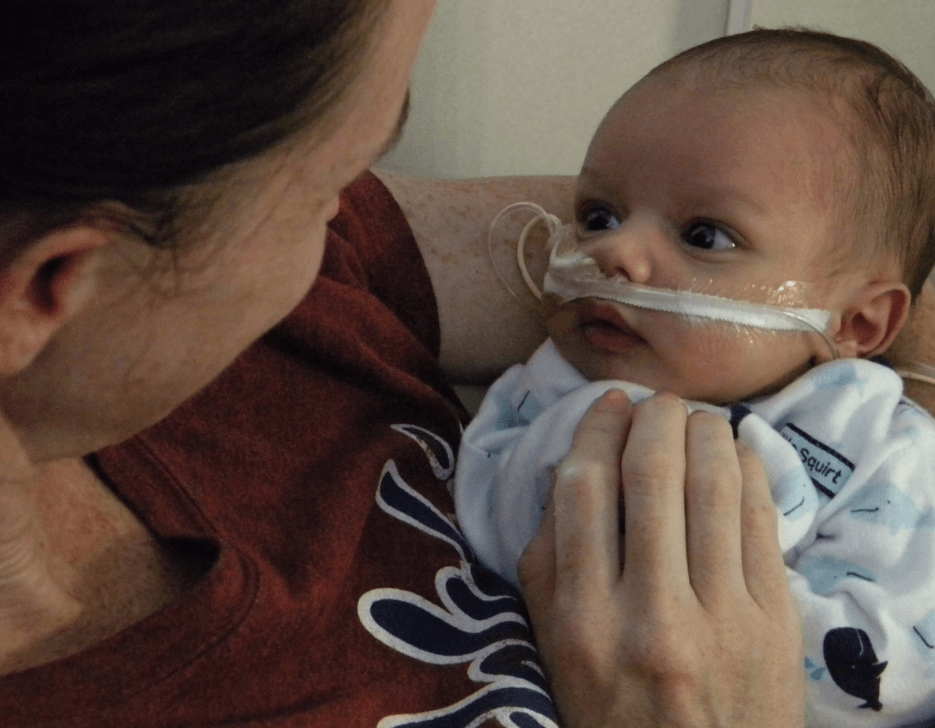 Even though I knew a little bit about St. Gianna and how her life ended as a young mother, I didn’t know much about how she viewed her faith and what wise words she had stated while living in this world.

Then I listened to her daughter, Gianna Emmanuela, speak about her “saint Mom” and I realized how far I am from where God wants me to be.

What I’ve come to learn, is that not only is St. Gianna a powerful intercessor, but a wise mentor.

Her words are relevant and full of truth.

Her simple but wise words are helpful to anyone living in the modern world with the hopes of going to heaven one day.

Her witness to true Christianity has inspired her daughter to dedicate her life to her mother’s memory and legacy – even though she only “knew” her for about a week.

Having that physical rectangular holy card helped me.  Attaching it to my son’s name sign was a prayer itself.  But I know that when I asked others devoted to Saint Gianna to pray for “a sick little boy in the NICU” that they prayed too.  They asked St. Gianna to intercede for him.

2. Her Wise Words and Christian Witness to our Modern, Fast-paced  Life

Her simple but wise words are helpful to anyone living in the modern world with the hopes of going to heaven one day.

I love how Catholic artisans have made it possible for us to place reminders of St. Gianna’s wisdom around our homes and in our work spaces.

“The Secret of Happiness is to live moment by moment and to thank God for all He, in His goodness, sends to us day by day.” 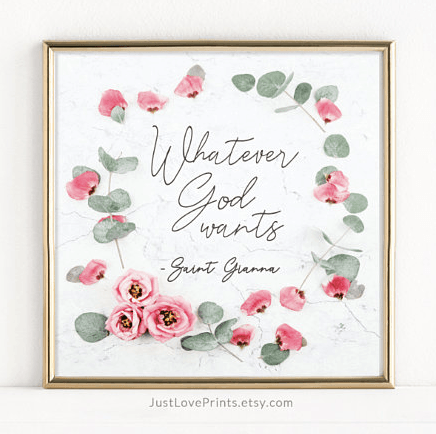 3. Her Example and Witness As a Holy Wife and Mother

It is clear he truly loved and admired his wife.  These words take on a whole new life if you have ever heard their youngest daughter, Gianna Emmanuela, speak about her “saint Mama and holy dad”.  She knew her mom only for a week, but truly learned her mother was a model Christian.  Gianna Emmanuela shares letters written between Gianna and Pietro in the work:

The Journey of Our Love: The Letters of Saint Gianna Beretta and Pietro Molla.

As the book description states:

“From balancing work and family life, to dealing with a long-distance relationship, to parenting, to coping with illness and death, Gianna and Pietro conquered it all. But none of it was accomplished without tremendous trust in each other and in God.”

The transcribing of these letters into a book was done by Gianna Emmanuela.

Gianna Emmanuela has dedicated her life to preserving her “saint mom’s” legacy.  She now travels the world asking for help in the
St. Gianna Restoration Fund Project, also known as the Ponte Nuovo Project.

5 Lessons I Learned From the Daughter of a Saint

The Ponte Nuovo Project’s goal is to honor and promote knowledge of Saint Gianna and her spirituality as well as to spread devotion to her by restoring, as a place of pilgrimage and prayer, the place where she lived as a spouse, a mother, a doctor, and a Martyr to Life in Magenta (Milan), Italy.

Each of the St. Gianna inspired products shown in this article can be purchased by these small business owners who have agreed to give 15% of their profits between now and May 13, 2018 to the St. Gianna Restoration Project.

We thought this would be a great way to honor St. Gianna and allow you to also have something physical to remind you of her great example and how much it means to truly love our God and be His child.

Want to donate directly to the project?  Click here: Make a donation to the St. Gianna Restoration Project

Saint Gianna is a special saint that can influence both the young and the old.  Here are some kid friendly St. Gianna products:

I know that physical holy card I placed on my son’s hospital bed wasn’t a magic wand.  But having something that physically reminds us of what our life should be about . . .well, it’s helpful.

I don’t know why those holy cards were important to my son, perhaps it was nothing.

But, I can only imagine how important the St. Gianna Restoration Projectis to Gianna Emmanuela.  I’ve read that it was very important to her father as well.

How wonderful would it be to the future of our world to have this place and Saint Gianna’s holy example preserved!

A group of incredibly talented artisans, who are devoted to St. Gianna, and myself, would like to help in our own little way.

Each of the St. Gianna inspired products can be purchased by these small business owners who have agreed to give 15% of their profits between now and May 1, 2018 to the St. Gianna Restoration Project.

We thought this would be a great way to honor St. Gianna and allow you to also have something physical to remind you of her great example and how much it means to truly love our God and be His child.

The small business featured in this article that will be donating a percentage of profits to the St. Gianna Restoration fund are:

Did you see what happened that time I went to interview Gianna Emaneula? 5 Lessons I Learned From the Daughter of a Saint

Want to connect with others devoted to Saint Gianna – join the Facebook group Saint Gianna Beretta Molla, Pray for us!