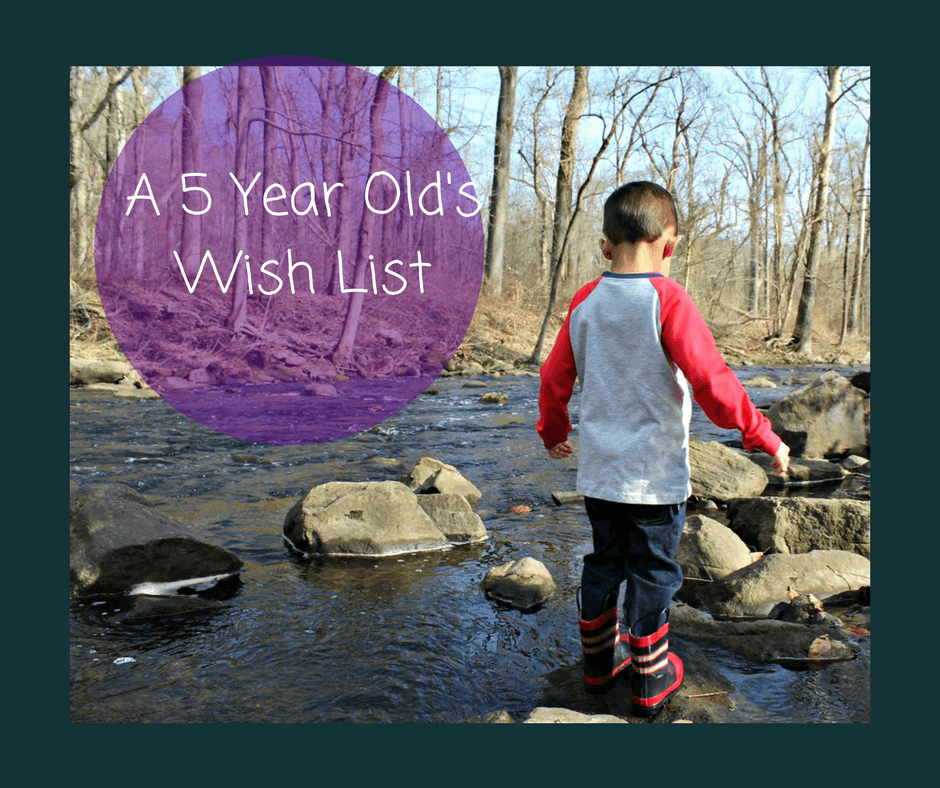 Our son turns five this month. 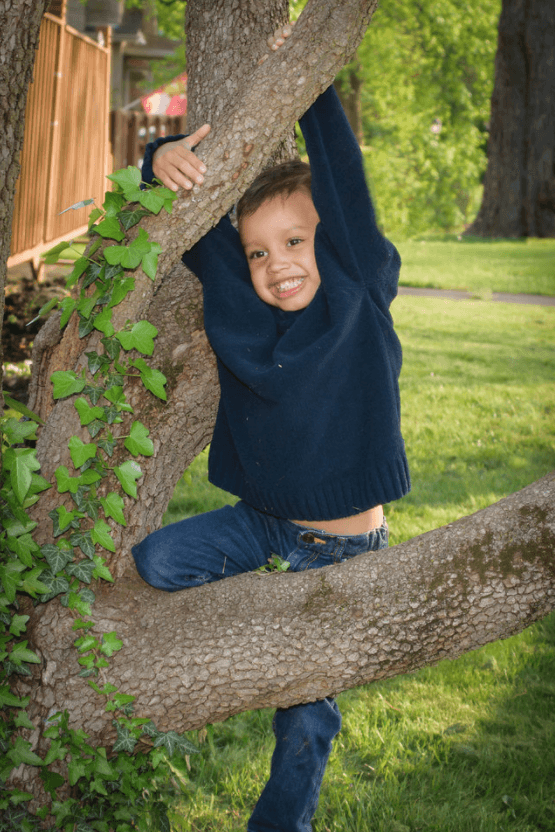 He has certainly been an amazing blessing in the lives of my husband and I.

We prayed to become parents for years.  Then, when he was born he had a rough start, many friends and family prayed for his healing.

He is one of our miracles.  He is compassionate, funny and definitely one of a kind!

He’s not a big “toy kid”.  He loves playing hide and seek, tag, and telling jokes.

He is a model of living life simply and gratefully.  He wants to know who might come and visit everyday.  He wants to visit his Gram and hang out with her.  He LOVES his cousins. He often follows me around and I find myself suggesting he “go play with his toys”.

As his mother, I need to remember what’s on the top of his wish list:

Nothing makes him happier than me giving him my undivided attention . . . even if I’m knocking the ball he is holding out of his hands.  Actually, he loves that.  He thinks it’s hilarious.

God has blessed us with an incredibly amazing soul.

But anyway . . . I’ll stop with the mushy stuff!
There are some gifts that he would love to get for his birthday.

So, if you are shopping for a five-year-old . . .here are Xavier’s recommendations 😉

There was a 10 minute window I found to take a nap the other day . . . I seized it.  I fell into a pretty “deep” sleep for a nap.  Within a minute I heard a loud noise and jumped up.  I thought someone got hurt.  My son was walking towards me and I quickly asked:

“Is everyone okay?”  He was in mid sentence by then.

He had something very important and exciting to tell me.  That something important was that:

Really?  That is why you ran up here?

Apparently the loud noise I heard was him busting my door open.  This news could not wait one more second.  Clearly, this is HUGE.

I told my husband this story and instead of a sympathetic reaction, I got:

I then began to block him out.  Clearly no one understands how much I need a nap! Did you know it helps you catch REAL FISH???  I know, because Xavier is super excited about this.  It’s actually number one on his list!  His Aunt Theresa is on it – she’s going to be a hero this weekend!

I took our son to the Target toy section because he honestly doesn’t ask for much – but people are asking me for ideas.  He said he wanted this.  I said, “really?”. 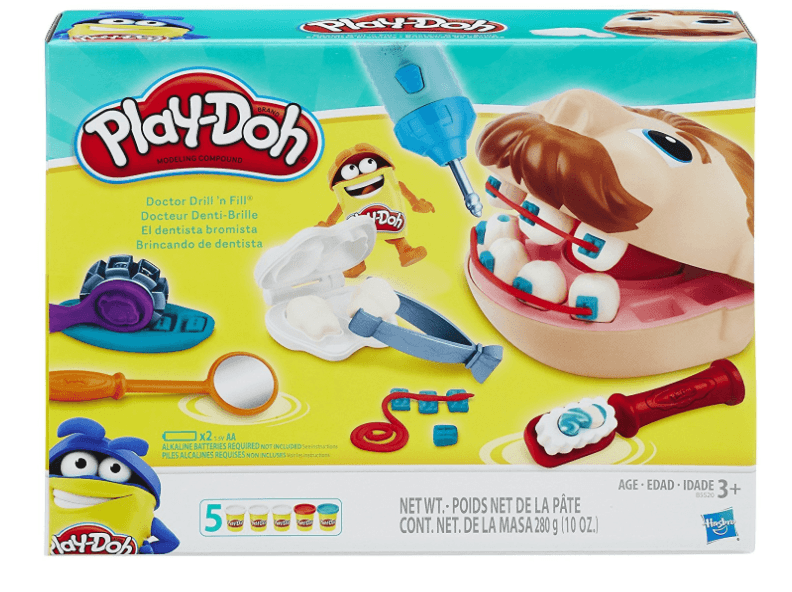 The first one he started playing with was a fire truck. He has more fire trucks than I can count.  I love how much he loves the “rescue squad” vehicles.  It is so endearing.  We got a post card from the local “rescue squad” asking for donations and he carried it around for a week because it had a picture of an ambulance on it.  He makes my heart smile! Me: (hand to forehead and sigh)

This happened the same week he tried to take a giant Minnie and Mickey stuffed toy home from the crisis pregnancy center where I volunteer.  He was pretty bummed he couldn’t bring them home, but he handled it well.

Xavier’s favorite thing to do is play with water.  He loves to “do the dishes”, play with his water table, play in the tub, squirt the hose – you name it.  If there is water involved, he is happy.  He also loves “rescue work” – from playing firefighter to talking about Paw Patrol – he loves an everyday hero.  So, he didn’t pick this out – but when I saw it, I thought “Xavier would love this!”.  Aunts and Uncles, anyone looking for a gift suggestion?  Here it is! 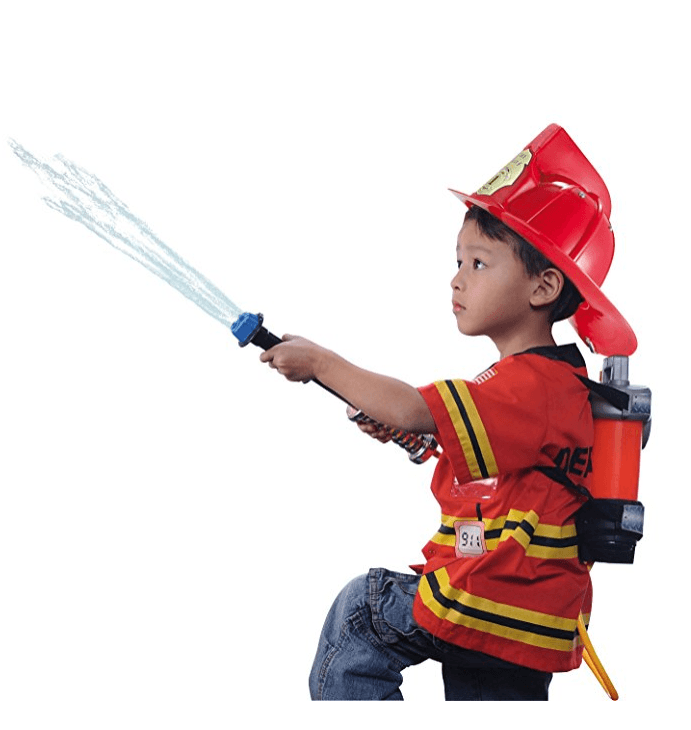 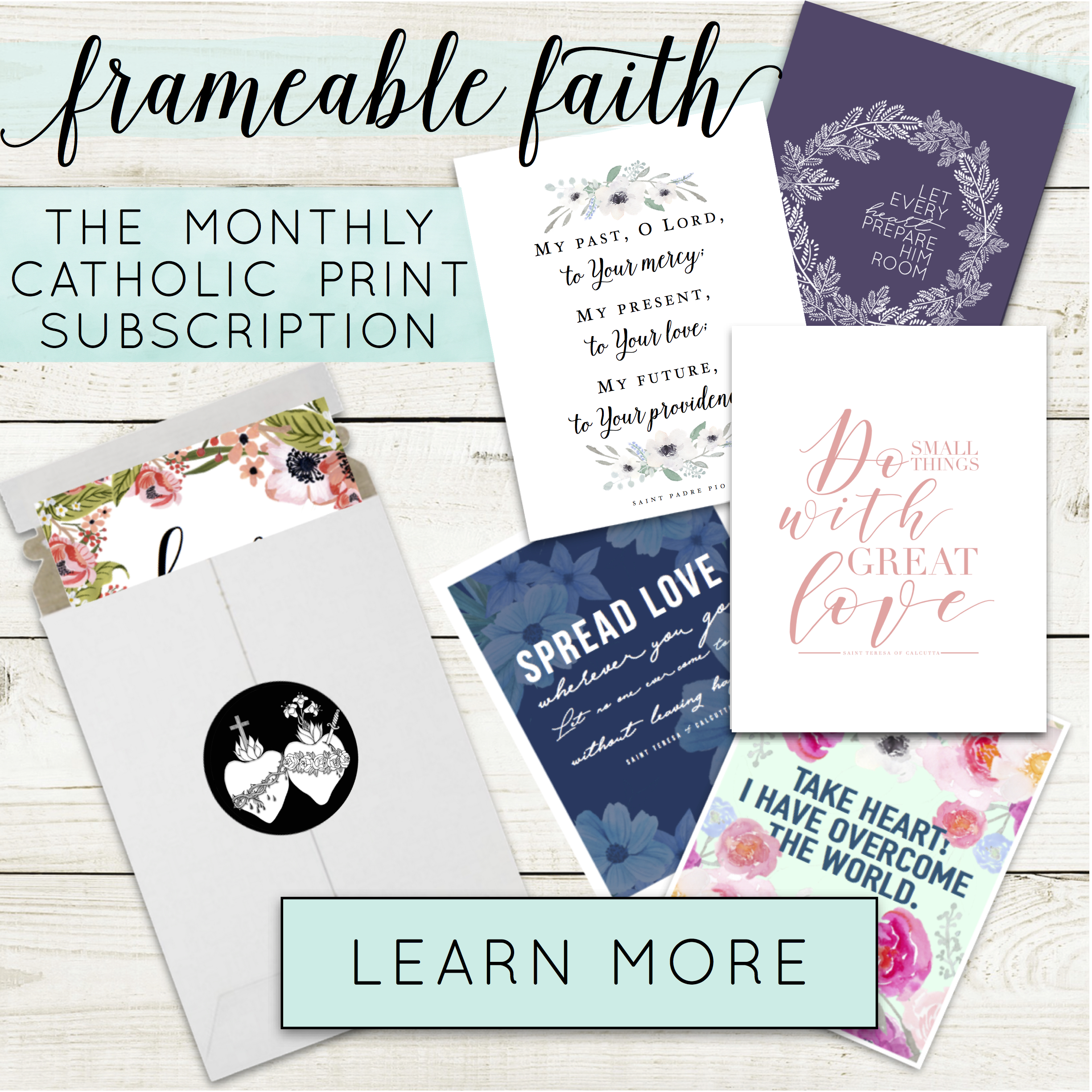 My kids were great sports today 😂 May the Lord