Between bathrooms and gorillas, thankfully, other news was happening last month that may just make the history books.  One of those less talked about events was that The Supreme Court of the United States made a unanimous decision in favor of the Little Sisters of the Poor.

This case challenged Obamacare’s contraceptive mandate from religiously affiliated non-profit groups, including the Little Sisters of the Poor, who object to having to provide “abortifacients and contraceptives” to their employees.

In the words of Mother Loraine Marie Maguire (the mother provincial for the Little Sisters of the Poor):

…the Supreme Court protected us from the mandate’s takeover of our health plan.

The fact that a group of nuns went all the way to The Supreme Court of the U.S. over an issue involving health care is extremely interesting to me. As a graduate student pursuing a Master’s in History, I specifically researched Catholic Nuns and their influence on healthcare and nursing education. I learned that so much in our healthcare system we owe to nuns! Here are the facts I found most impressive: 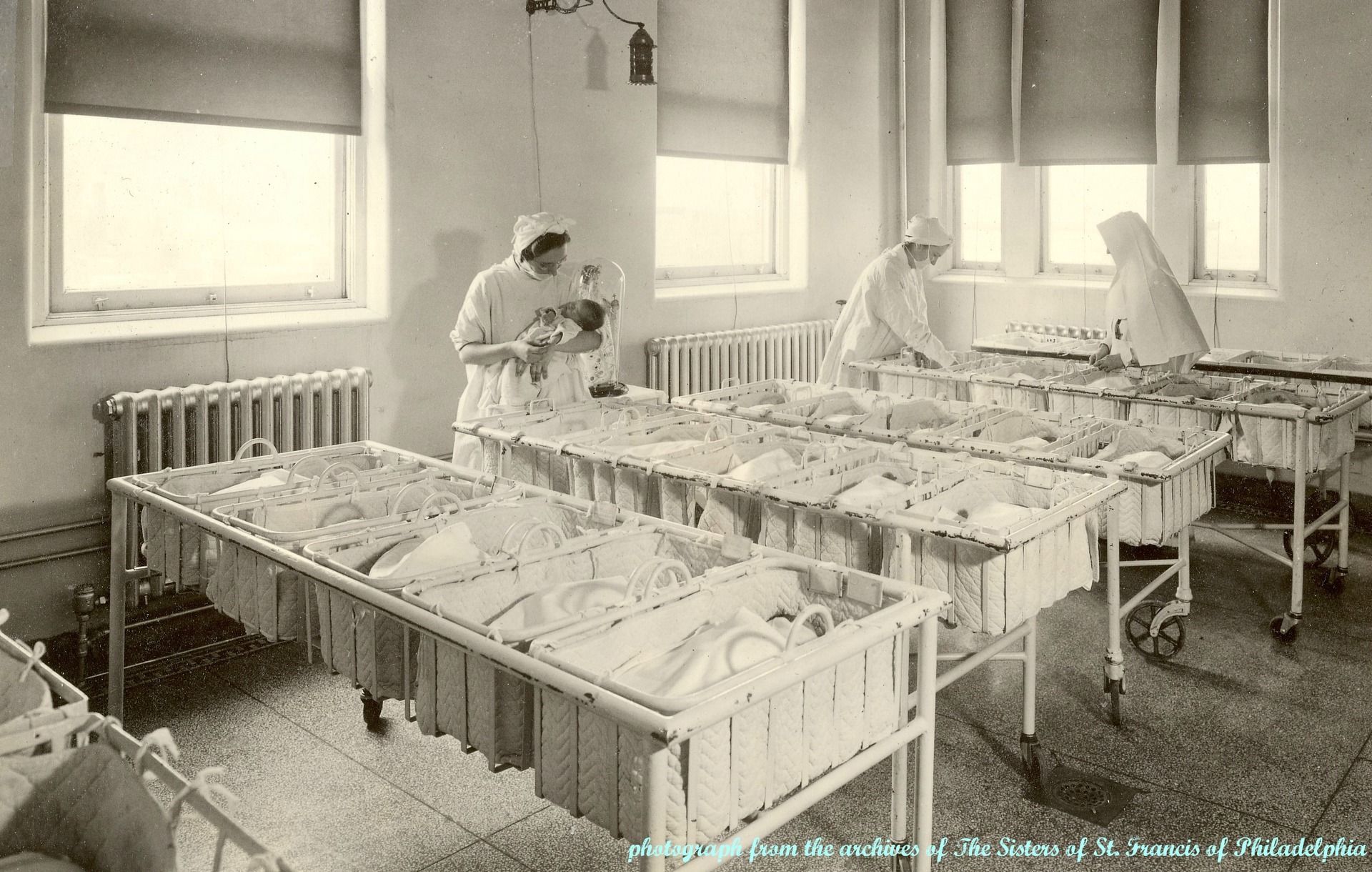 Catholic Nuns in the United States . . .

Have been called the first feminists.

Nuns in 19th century America often made decisions in business without ever consulting a man. In a culture and country where most women followed the orders of a father or husband, these women were planning, building and even providing employment without the lead of a man. By 1906, over eight hundred hospitals and ten thousand schools, colleges and universities were founded by Catholic nuns.

In 1883 a devastating tornado hit Rochester, Minnesota.  Dr. W.W. Mayo who was caring for injured victims requested the help of Catholic Sisters.  When the crisis passes, Mother Alfred Moes (founder of the Sisters of St. Francis of Our Lady of Lourdes) discussed a dream she had with Dr. Mayo.  The dream was about the two of them building a world-recognized hospital in Rochester.  The resulting St. Mary’s Hospital, opening in 1895, drew so many patients it spawned the Mayo clinic.  The result was hundreds of basic medical innovations, but the foundation for all of them was the hard work, faith and frugality of the nuns.

Made the founding of Alcoholics Anonymous possible

In the late 1930’s, Dr. Bob Smith, a physician recovering from alcoholism, met Sister Mary Ignatia Gavin at St. Thomas Hospital in Akron, Ohio.  Dr. Smith found in Sister Gavin an advocate in treating alcoholics as if they were sick.  Sister Gavin sneaked his patients into the hospital, and the result of this team became Alcoholics Anonymous.

Participated and helped to develop the first prepaid health insurance plan in the U.S.

In 1871, St. John’s Hospital was founded in St. Louis, Missouri, by a Mercy Sister.  The hospital worked with the United Railways Company of St. Louis to develop an insurance plan. 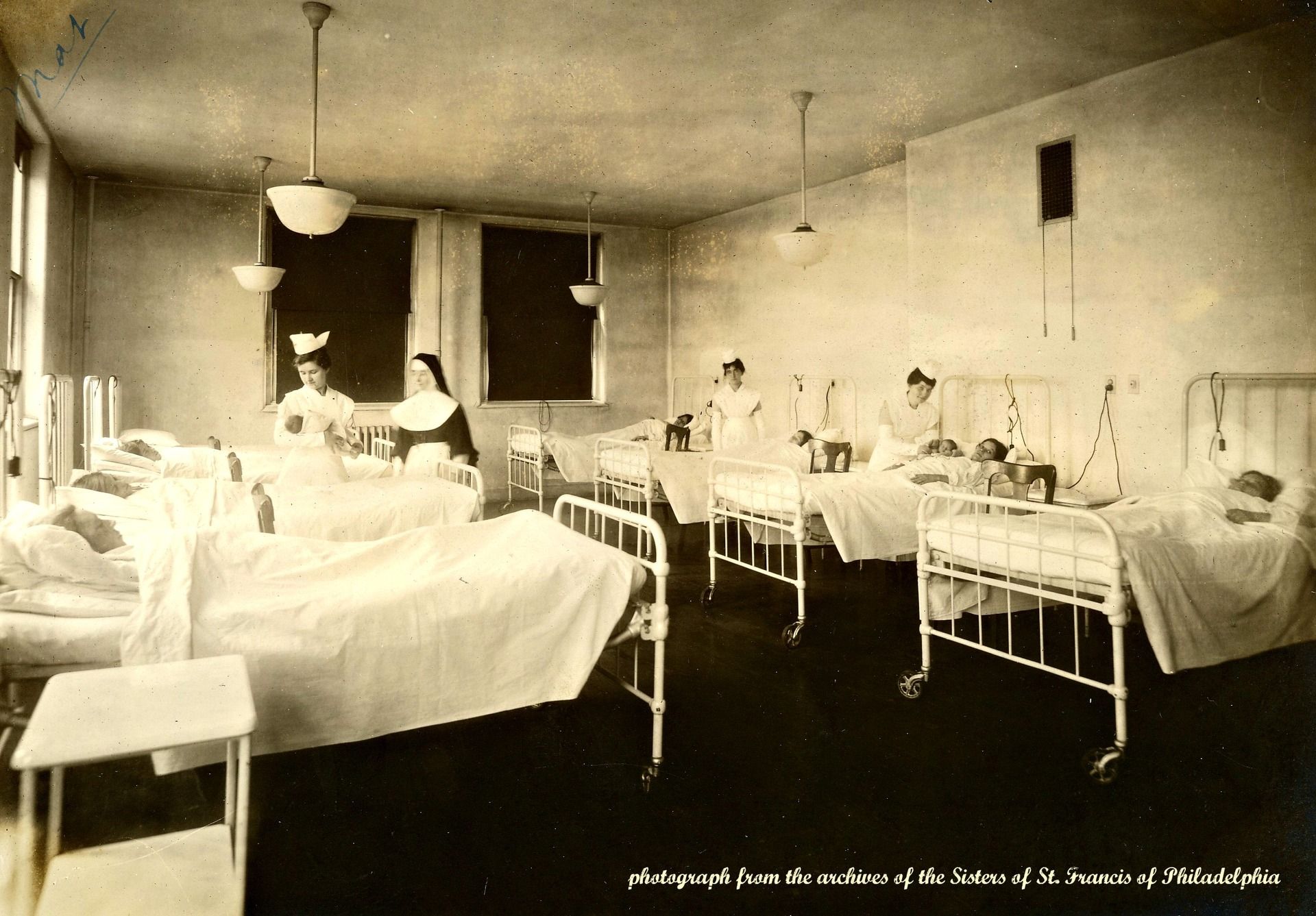 One order, The Sisters of Saint Francis were founded in Philadelphia in 1855 under the direction of Bishop (now Saint) John Newmann. One of their nursings schools was St. Agnes where instruction began in 1894.  Only once course outline had been saved and filed in their archives – this course was titled Introduction to Growth, Development and Family Life. This course was designed to:

Family breakdown is America’s #1 problem and is as destructive as any disease.

As part of my research, I interviewed  Cecilia Hendrickson, a 1971 graduate of Saint Agnes school of Nursing.  Mrs. Hendrickson remembered being asked by other nurses (co-workers) where she learned to do certain actions involving patient care.  These co-workers attended secular schools, and were asking Cecilia about how she

It seems that the Franciscans were “ahead” of their time in American nursing with their emphasis on getting to know the patient on a “holistic” level and not just as someone enduring a physical hardship.

The truth is, American nuns should be applauded and thanked for their accomplishments as women in the workforce and pioneers in healthcare. 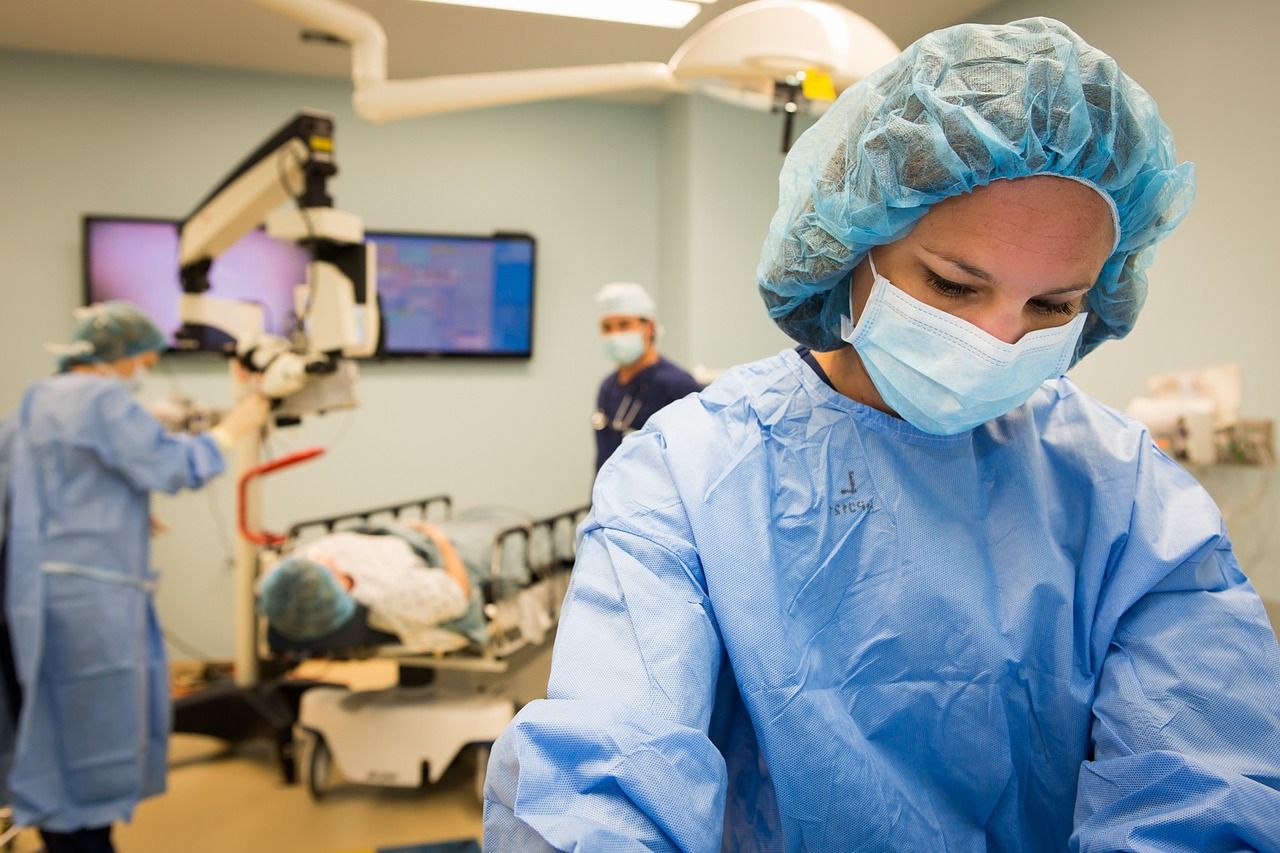 Interested in reading further?  Much of my research came from these sources:

Sisters: Catholic Nuns and the Making of America by John J. Fialka

Ordered to Care: The Dilemma of American Nursing, 1850-1945 (Cambridge Studies in the History of Medicine) by Susan M. Reverby

Dear Lord, help me to be who you want me to be and

On vacation; just happen to be staying in a house

Even Jesus had a rough day when He was 12! Meet yo

Do you have dietary restrictions but would like to

God created so much for us to enjoy! How amazing i

God's love for each of us is unimaginable. It's so

Just sitting here laughing at my own jokes 🤪 Al

The first Prayer Wine Chocolate Retreat was held i

So excited… REGISTRATION is now open for the Pra

Be Yourself: a Journal for Catholic Boys is a grea

My husband Matt gives each of our children a bless

Type the next line of the prayer in the comments!

SUMMER JOURNALING can be fun!! I have 2 Be Yourse