This post contains affiliate links. Please see my About Me page for more details.

“Get ice cream from the ice cream truck, buy ice cream cones and pray your rosaries.”

This was my son’s advice to me when I asked him what I should ask Saint Gianna’s daughter if I got the chance to talk with her.

If you are unfamiliar with Saint Gianna Beretta Molla, she was a wife, mother and physician.  She often treated her patients that could not pay her.  She was a devout Catholic, devoted spouse and loving mother. When diagnosed with a benign tumor, a fibroma, in her uterus during her last pregnancy. The doctors gave her options about treatment and Gianna chose what was safest for her unborn child. One week after the birth of her daughter, Gianna Emanuela, Saint Gianna passed away.

Her youngest daughter, who was one week old when her mother died, is Dr. Gianna Emaneula.  Dr. Gianna Emanuela is in the United States this week promoting a project that will preserve the home and two other buildings in her mother’s honor.  I had the incredible privilege to hear her speak and meet her personally this weekend.  I was pretty excited about it . . . hence me asking many people, including my 4-year-old son, “what should I ask Saint Gianna’s daughter if and when I meet her?!!”

Like most of life, I had no idea what to expect.  And like most experiences, it taught me some things . . .

I have to start by talking about the elephant in the room.  You may not see that elephant, but I do.  You see, I thought I was going to be able to interview Gianna Emanuela on a Facebook Live video.  I was elated when the shrine director offered to ask her if she would be interested, and even more excited when I met Dr. Gianna Emanuela and she agreed to do it – but after her speech that had been planned for the next day.  Gianna Emanuela is so incredibly kind and sweet.  I waited until she greeted everyone before I approached her for the quick interview.  She was understandably exhausted.  She spoke with me for a little about the first question I had on a piece of paper.  Seeing how reluctant she was, I asked her if instead of an interview, would she just say “hi” to the viewers and say a prayer with me.  Honestly, I think she didn’t want to, but she did it.  Then, when I watched the video after, I saw that only about 30 seconds of the video was clear.  The rest was completely fuzzy.  The “interview” I had talked up and been so excited about . . . didn’t happen and the little that I was able to film was almost all “unviewable”.  Here is a classic case of God not giving me what I wanted, but giving me what I needed.  I wanted an interview, I needed a dose of humility. 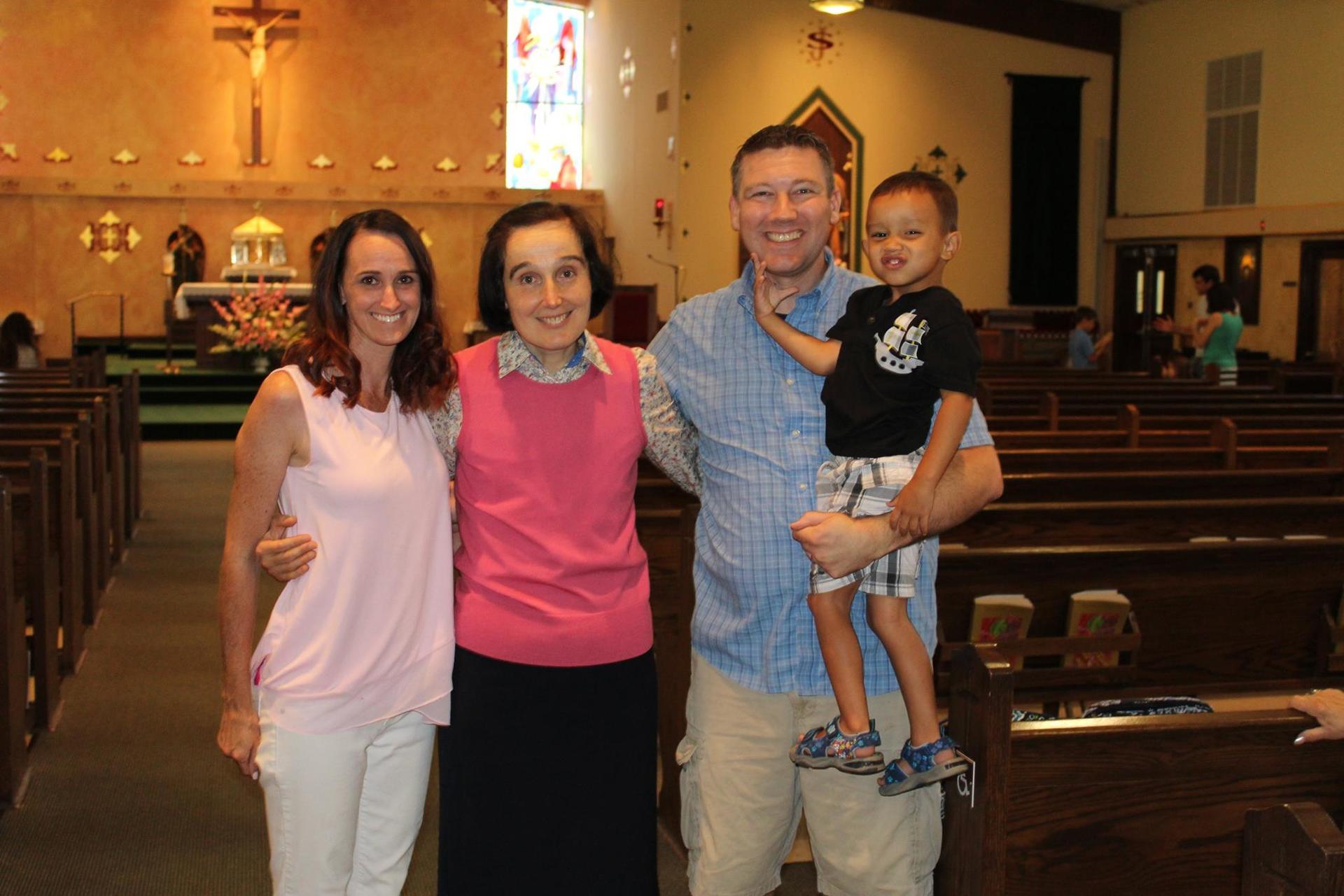 After sulking about my video for a short amount of time, I picked my head up.

I thought, “Am I crazy?  How can I feel sorry about anything!?  I met Saint Gianna’s daughter!  I held her hand and spoke with her.  My family got our picture with her and got to tell her how we believe her mother interceded for our little boy – who she met and said hello to.  We hugged.  We prayed together.  We talked about little things like we were old friends, and we talked about big things like how one stays joyful when life is hard.”

Although I didn’t get to video all of it, I listened to Gianna speak.  The admiration and love she spoke of when referring to her father was more than endearing.  She told the crowd listening how her “Papa” endured so much heartache.  He lost his spouse only 6 years after they were married.  Two years later, his daughter – at the age of 6 years old – passed away.  Gianna told us how her father reassured her that he could “never be thankful enough’ for all the blessings God had given him.

3.  Keep Praying to Our Blessed Mother 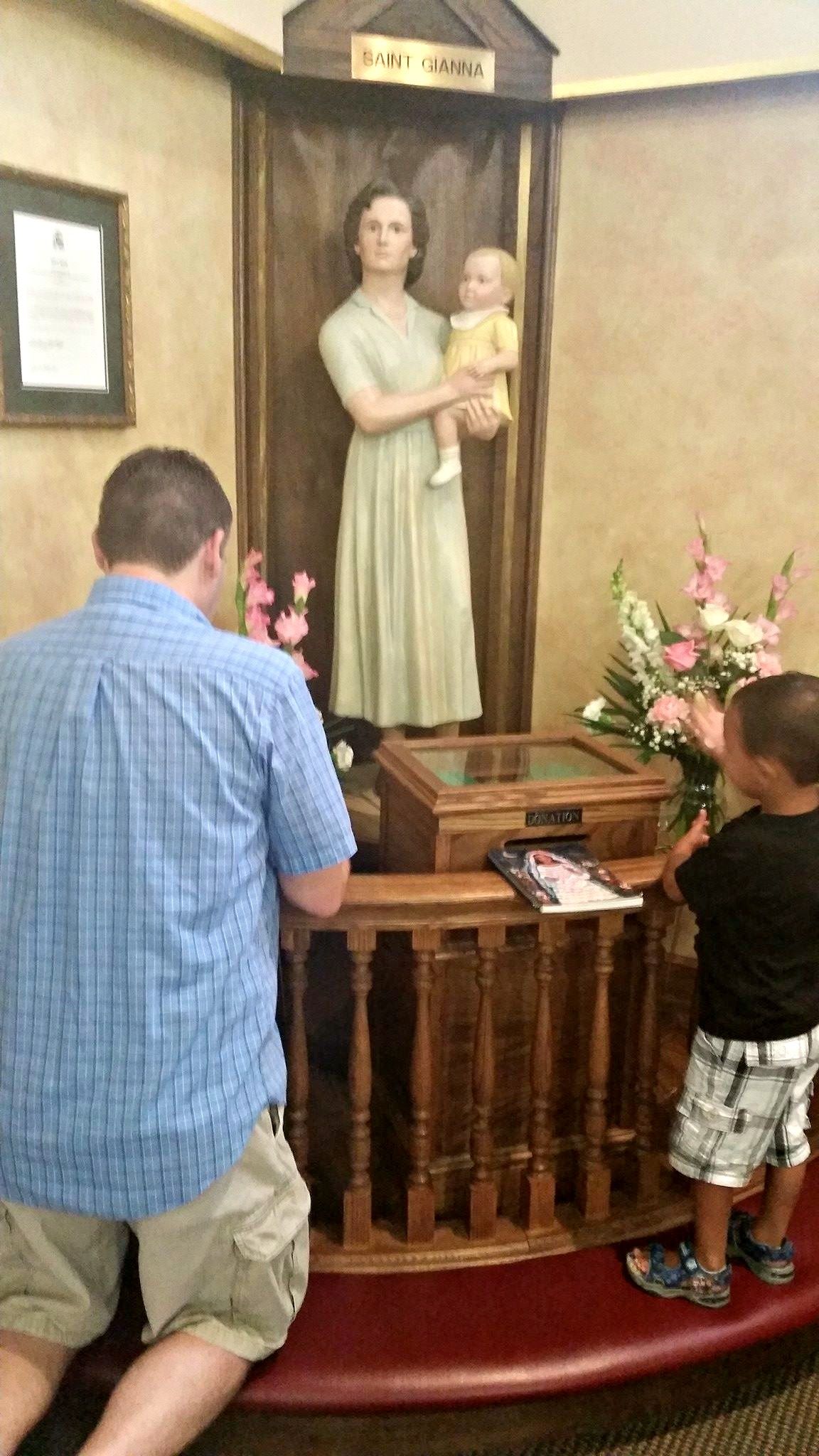 When I asked Gianna what her favorite prayer was, she responded, “The Ave Maria.”  I noticed during her talk, that she not only referred to her saint mother, Gianna, but also her heavenly Mother, Our Blessed Mother. Something I am noticing lately is how devoted Saints who clearly loved Christ, truly loved His Mother.  And like my son said, “pray your rosaries.”  Sometimes I think he says things that his guardian angel has whispered in his ear.

4.  Work for a purpose that is far greater than myself

I am convinced that Gianna Emanuela would be a great Christian whether she chose to return to her work as a geriatric physician or if she continues to take on the mission of sharing with the world her mother’s incredible life witness.

Gianna exudes a love for Our Lord.  It is clear to me that not only is her mother a saint, but her father as well.  When she speaks of her father, I am in such awe of how he taught her to love God and love “the way of the Cross”.  She speaks of him with such tenderness, and he taught her that the way to true joy is through Jesus.  No matter what she chooses to do for her work in this life, it is clear that she loves the Lord with all her heart.

Gianna chose to help the world receive her mother’s message.  Gianna said that before her father passed away he told his children that the world needs Saint Gianna’s message.  He said that at least one of his children should make sure that their mother’s “wonderful message” of a simple love and joy be heard by as many people as possible. When Gianna speaks of her mother’s Christian witness, she stresses

her sacred respect for life;

her unlimited trust in Divine Providence,

and her amazing sacrifice and donation of her own life.

She also spoke of how her mother is a saint of every day life.  Unlike many other saints who seem to be removed from our daily concerns, Saint Gianna Berreta Molla is accessible to the modern person.  Saint Gianna had many of the same stresses and worries as we have today.  She was a wife, a mother, and a physician. She prayed she would find a wonderful husband, she experienced the grief of two miscarriages, she went to work and truly tried to love everyone she knew.  Gianna Emanuela, like her father, see Saint Gianna’s message as a message of hope.  Gianna Emanuela is working to spread that hope and keep it alive.

So many people came to introduce Gianna Emanuela to their Giannas.  I wonder if someone counted how many Giannas met with her this past weekend!  So many women and couples ask Saint Gianna’s intercession when trying to get pregnant or when they are worried about the health of the baby and their health throughout pregnancy.  So many are grateful for Gianna’s intercession.

Although I believe Saint Gianna interceded for my son’s health as he laid in the NICU, my miracle this weekend was different.

In early June, I spoke with the director of the Shrine of Saint Gianna Beretta Molla, Angela Shammo, located in Warminster, PA.  I asked Angela if I could come and do a short video one day while she was there.  She said that would be fine, and gave me the dates she was scheduled to work at the shrine.  We decided on July 16th.  A short time later the director notified me that she wasn’t sure what would be going on that day . . . because she got word that Gianna’s daughter would be visiting that weekend!

Want to know more about Saint Gianna?  This book was written by her husband.  (These are affiliate links):

Gianna Emanuela told me this is her FAVORITE BOOK!

The Journey of Our Love: the Letters of Saint Gianna Beretta and Pietro Molla 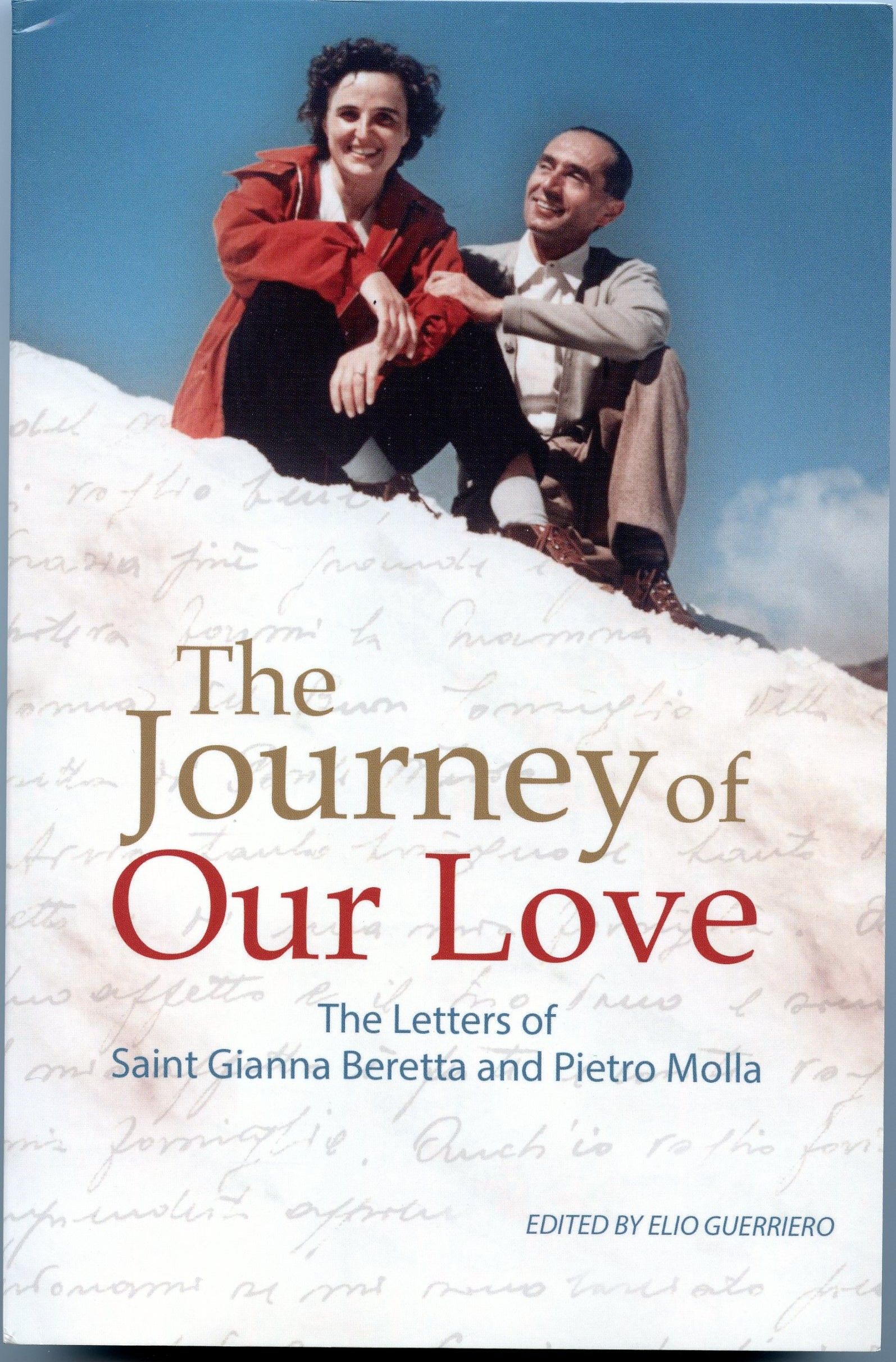 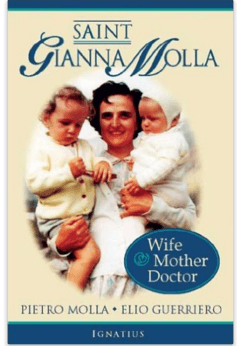 If you would like to donate to Dr. Gianna Emanuela’s restoration project, here are the details: