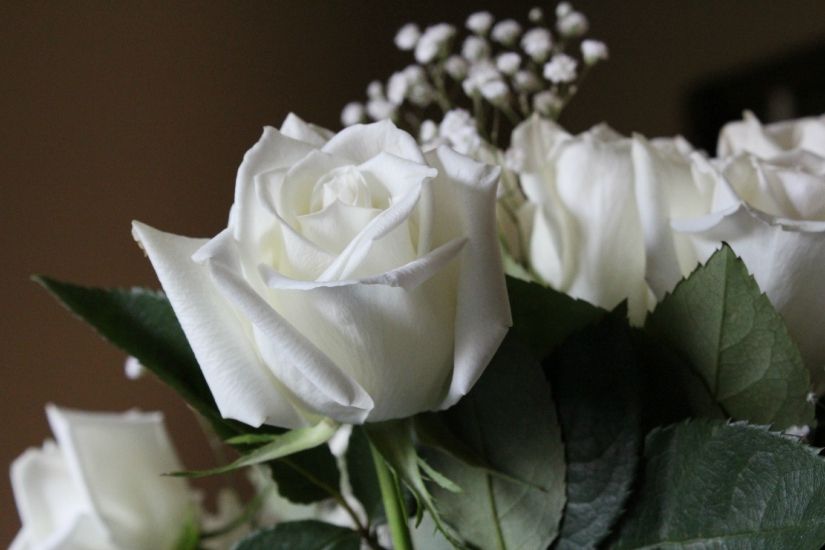 This post contains affiliate links.  See my About Me page for more details.

So, in case you haven’t guessed already, I am someone who prays – a lot. I’ve always been fascinated by saints and their stories. I’ve always believed if you ask them, they will pray for you. My patron saint is Saint Elizabeth of Hungary (my middle name is Elizabeth, and when I had to pick one of the many saints named Elizabeth in third grade, of course I picked the princess!). I pray “Saint Anthony come around something’s lost and can’t be found” so much that I hear my three year old saying it when he can’t find his pacifier. But my favorite saint is Saint Therese’. Saint Therese’ once stated, “I will spend my heaven doing good upon earth. I will let fall from heaven a shower of roses.” When I pray a novena to Saint Therese – for nine days consecutively, without wavering in my petition – she intercedes for me – and as an added bonus, she sends a rose or roses.

I don’t know about you, but there are many times I begin a novena and I do not get through the nine days without forgetting to pray it altogether – or changing my intention. One thing I believe is that praying a novena teaches us to truly know our hearts desires (and the Lord’s will for us). There have been many times when I have prayed this novena and have been blessed with roses, but this article will talk about three “big” blessings I attribute to St. Therese’ intervention.

It had always been my hearts desire to fall in love with a good man and get married. Through several relationships in my life I thought, “maybe he is the one”. But, whenever I went to pray a novena that this person and I got engaged and married, I never made it through to nine days without changing the wording of my intention. Finally when I was single, I prayed to be called to the vocation of marriage and to find a faithful man who would be my husband.

For almost a year before I met my husband a friend of mine suggested I date her friend Maria’s brother, Matt. I never met Maria and all I knew about Matt was that he went to school to learn to fix computers. So yeah . . .nothing like getting the vibe from your friends that if he’s single, you’re interested! Then, I met Maria. I immediately wanted to be her best friend. I asked her to tell me about her brother. She practically hit the ceiling when she jumped and replied, “I was hoping you’d ask!” She left that day with my picture and my phone number. A short time later I was visiting my friend who just had a baby and my cell phone rang. I didn’t recognize the number so I was going to let it go straight to voicemail, but my friends shouted “answer it!” So I did. It was Matt and he asked me out on a date. On June 17, 2004 Matt came to my apartment to pick me up for our first date. It was the first time I met him in person. When I opened the door to greet him he handed me a red rose. That was the first time I had ever been given a rose on a first date. And that was the last time I ever had a first date with someone . 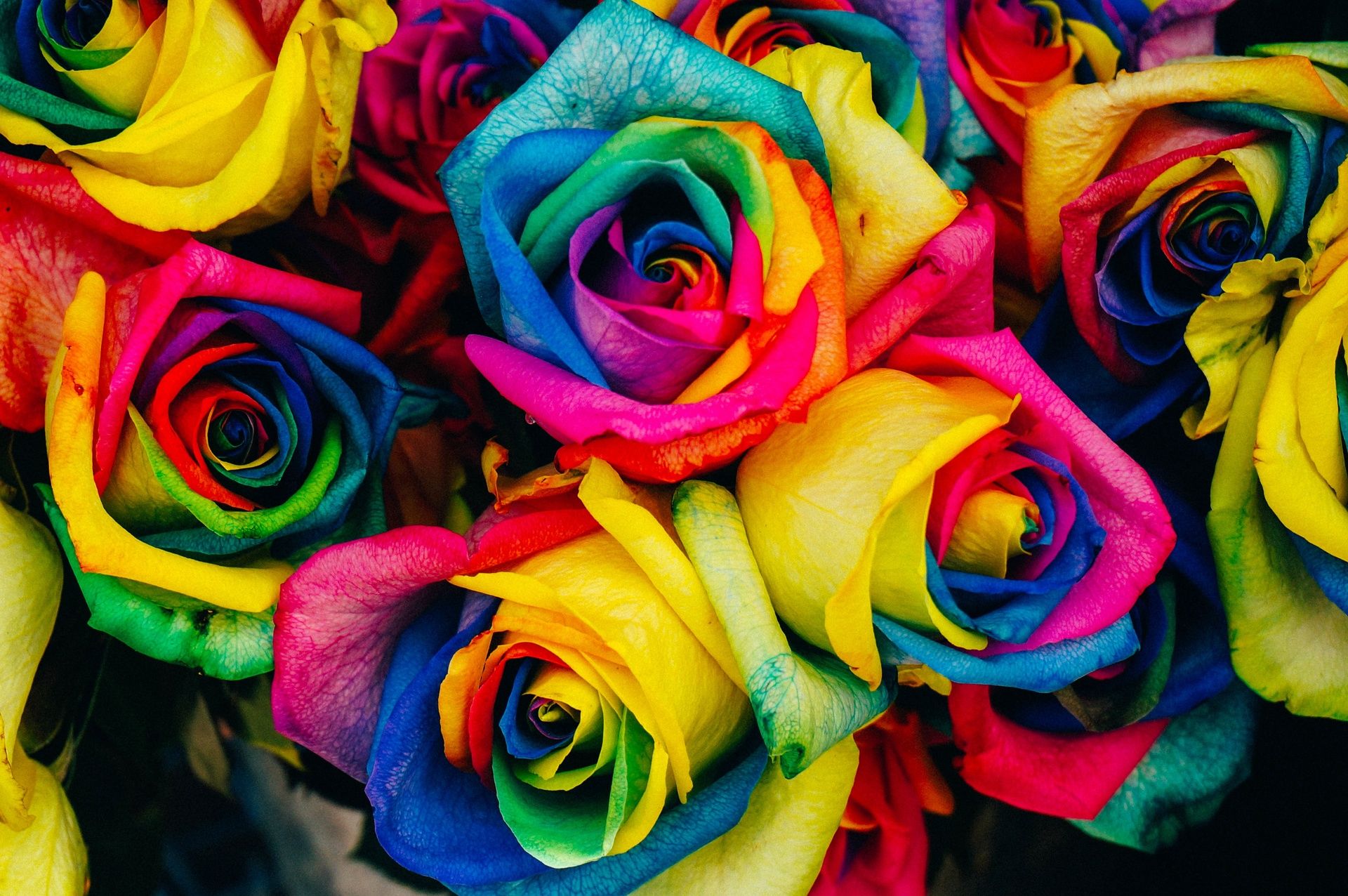 2. Becoming a mother
Matt and I were married in 2006. We had hoped to just “get pregnant” without any planning. That did not happen. I went to my doctor and went on medicine. No luck. I started charting using the Creighton Model of NFP and tons of red flags appeared. I got surgery in 2010. Although I believe the surgery helped, I still did not conceive. We were emotionally exhausted from infertility. We began to discuss adoption. Honestly, I had always had a heart for adoption, so I thought, maybe we will conceive and adopt. The cost for adopting was intimidating but our desire surpassed our fears. We started the journey not knowing if we would go the domestic or international route. Either way, it was going to be expensive. We saved money and reached out to friends and family. We decided on adopting domestically and were matched with a potential birth mother. That did not work out. Three more times we were chosen by potential birthparents. Three more times we were told after the baby was born that the mother (and sometimes father) decided to parent. It was an emotional roller coaster filled with heartache. The fourth time was different though. Matt and I were not only heartbroken, but confused. Matt was certain that this situation was the one. I knew the month before I had prayed a novena to Saint Therese and unwavered in my intention – that we would adopt this baby. I prayed that this child was meant to be our child. But there we were . . . hugging, crying and sobbing in our kitchen. Once again, the biological parents had changed their minds.

Two and a half weeks went by and I tried to keep myself busy and distracted. On July 2 I walked out of my house to meet a friend for lunch. I was taken back by the fact that all of my rose bushes seemed to bloom overnight. There were roses everywhere. I was annoyed. I looked up at the sky as I got into my car and said (possibly out loud), “St. Therese’, I don’t think your funny. In fact, that’s rude”. I was literally shaking my head. I get to the restaurant to meet my friend, Marissa. We sit down. There’s a rose on our table. In fact, there’s a rose on every table. I thought to myself “what is going on????” Twenty minutes into our lunch my cell phone rings – it’s the adoption agency. I apologetically said to Marissa, “I’m sorry, I have to take this because I have NO IDEA what they could want”. I answer and my social worker says that the biological parents changed their mind back, but the baby is sick. Are you and Matt still interested?” I said yes. Of course I had to talk to Matt and would call them back, but yes! All they could tell us was “he is very sick”. Matt was scared, but I just thought, we’ll pray and he will be ok. The biological parents signed the papers late in the day July 3. Since July 4th is a national holiday, we couldn’t meet him until the 5th. To make a long story short, that once sick boy is now very healthy, and bright, and adorable, and kind, and funny, and amazing . . .

3. Becoming a mother again
This third story has yet to come to it’s conclusion, but I believe it will soon. In January I prayed a novena to Saint Therese’ for two of my friends and for the intention that Matt and I would be blessed with another child. On the eighth day of this novena Matt and I went to a surprise birthday party. It was held in a two-bedroom apartment in Philadelphia. Almost immediately upon arriving I noticed roses everywhere.

There were vases and vases of rose bouquets. There was even a vase of roses in the bathroom. The tablecloth had roses on it, the cups had roses on them – literally everywhere you looked – roses. It was so overwhelming I actually started counting the roses in the vases (I’m the life of the party, I know). I stopped counting at 80. Yes, eighty. A short while after (possible a month), I sat down to write a letter to a local crisis pregnancy organization. This organization has five centers in driving distance from our home. As I was writing the letter, I heard a friend request notification go off from my Facebook page. It was the President of the organization I was writing a letter too! I had never met her – I didn’t even know her name until she sent that request. She invited me to speak about my husband and I’s desire to adopt at their leadership conference. As I sat at that conference waiting to speak I learned that the patron of this organization is . . . St. Therese’! Since that time the President and I have started an adoption support group. In honor of Saint Therese’, we are calling it The Rose Garden. Matt and I are still hoping and praying to be blessed with another child. But, it’s probably just a matter of God’s time.

Here is the prayer to Saint Therese’: 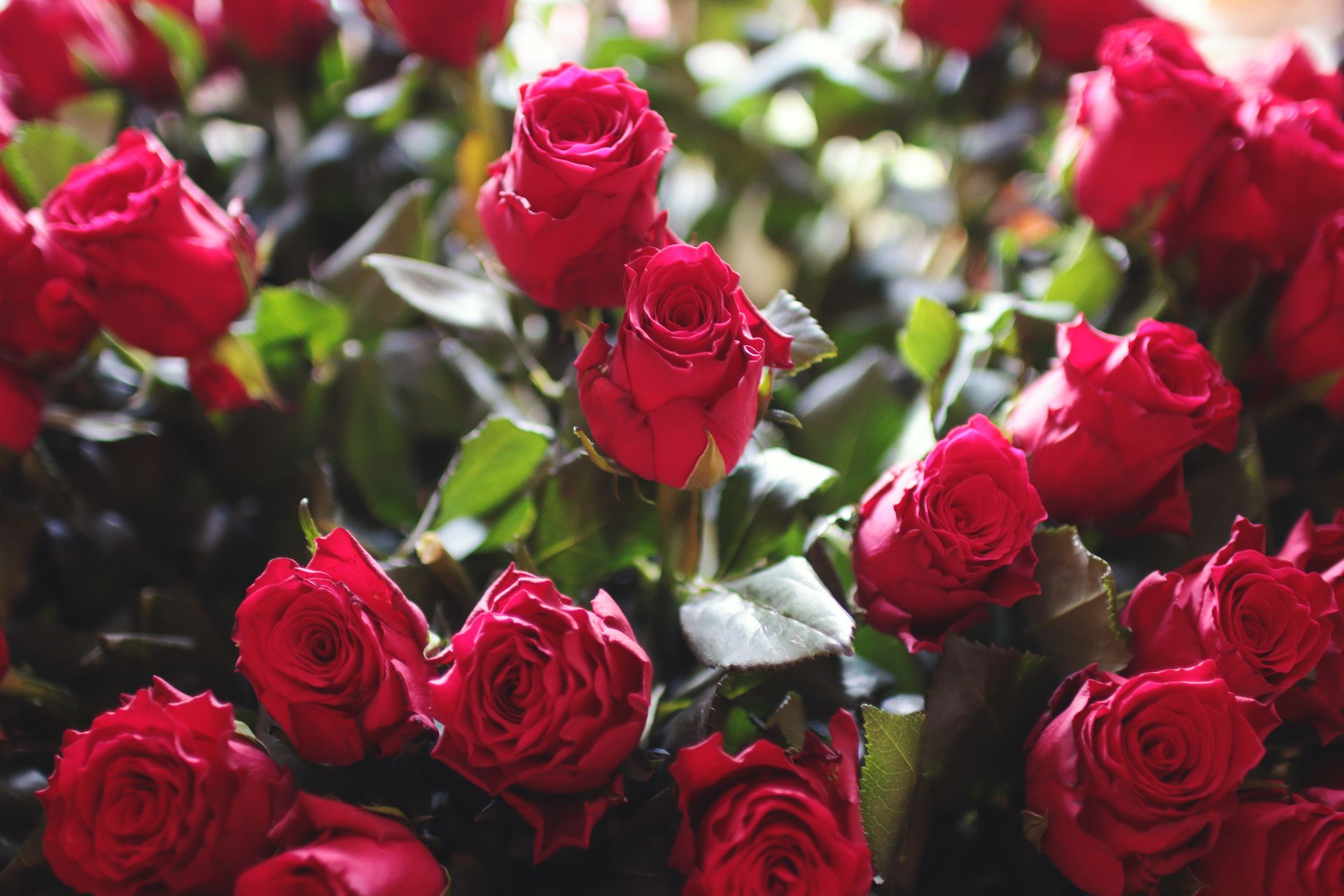 Please pick for me a rose

from the heavenly garden

and send it to me

as a message of love.

ask God to grant the favors

I now place with confidence

as you did, in God’s great love for me,

so that I may imitate your “Little Way” each day.

Has the Little Flower sent you a rose? I have found that writing the prayer in a notebook, along with my intention helps me “stay the course”. Do you have any tricks or tips to help someone pray a novena for nine days? Please share your story!

This is how I convinced my 5 year old daughter to

All Love Boxes are different, but all have been pr

Any name is fine! Say this prayer for 9 months ❤

Catholic Author and writer friends… I have some